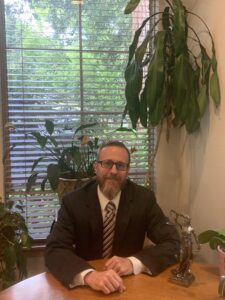 Damon Gardner was born and raised in Sonoma County CA.  He graduated from Santa Rosa Junior College and Sonoma State University with a Bachelor’s Degree in Political Science. After graduation he moved to Boston, MA where he attended and received his Juris Doctorate

degree from New England Law in 2003.  In 2003, he returned home to Sonoma County and was admitted to the California State Bar the same year.

After being admitted to the Bar, Damon entered the practice of construction defect litigation, representing insurance companies in their defense of construction general contractors and subcontractors.  His representation in numerous depositions and settlement conferences ensured that his clients received the most favorable outcomes acceptably possible.

Damon’s desire for jury trial experience led him to a public defender’s position in Lake County CA.  There, he handled hundreds of misdemeanor cases and received the beginning of his trial experience.  His biggest personal accomplishments there were the dismissal of cases he believed should never have been filed.  Those cases ignited the belief that he could do more good for the people by being in a position with a district attorney’s office to review the work of law enforcement and weed out such cases before the filing of charges.  This led Damon to the Mendocino County CA District Attorney’s Office.

As a prosecutor with the Mendocino County District Attorney’s Office, Damon rose quickly through the ranks.  He was in court every day handling all types of cases ranging from nonviolent misdemeanors to serious felonies.  Damon conducted numerous preliminary hearings, along with many misdemeanor and felony jury trials with great success.  He ended his tenure there after multiple years assigned as the Mendocino Major Crimes Task Force Deputy.

Damon has an aggressive reputation as one who puts his all into every case that he handles, so much so that he was described in a local article as a pitbull.  His drive to see that justice prevails has earned him the respect of his peers and the judges he appears before.  Damon understands that being accused of a crime or having civil litigation filed against you is an emotional and stressful time for individuals and their families.

When Damon is not in court, behind his desk or out in the field investigating the facts, he is on the sidelines of his children’s sporting events.  As a father of 4, he gives every free moment he has helping instruct his children on fair play and sportsmanship.