What are the factors or elements for 451 PC Arson?

Under California law, arson it is a crime to set fire to any building, forest land, or property—either

You can even be charged with California arson for setting your own property on fire, if: 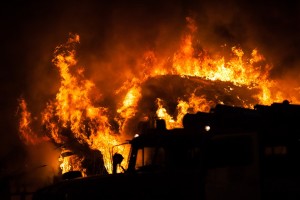 <h2><strong>How can we defend you against charges of California Penal Code 261 PC Rape?</strong></h2>

The most common defenses that a skilled criminal defense attorney can use to defend you from a rape charge are as follows:

Often times, rape is a false accusation that the alleged victim uses out of revenge, anger, or some other selfish purpose. That is why it is very important to have a highly skilled criminal defense attorney on your side who can conduct a preliminary investigation to determine whether something about the facts or the evidence does not add up.

If you can show that the alleged victim consented to sexual intercourse, then the act does not qualify as rape.  Even if the accuser says she consented at first but then wanted to stop, unless she effectively communicated her desire to stop, you cannot be expected to understand that she wanted to stop the intercourse.

<strong><a href=”http://www.thenationaltriallawyers.org/profile-view/Michael/Fiumara/13477/”>The 100 Trial Lawyers Association</a></strong> has recognized us as one of the best criminal defense attorneys in the country!

The punishment for arson charges in California depends on

For example, under Penal Code 452 PC, so-called “reckless burning” of personal property is a misdemeanor in California law.

However, it becomes a wobbler—a crime that may be charged as a misdemeanor or a felony—if you burn a building or forest land, or if the fire causes great bodily injury.

Willful and malicious arson is always a felony in California law, according to Penal Code 451 PC.

And if you commit arson and accidentally kill someone while doing so, you could even be charged with Penal Code 187 murder under California’s “felony-murder rule.”

How can we defend you against charges of California Penal Code 451 PC Arson?

Some common legal defenses can be useful in California arson cases include:

Young client with minimal criminal history charged with several SERIOUS FELONY ARSON AND STALKING CHARGES WITH SEVERAL ENHANCEMENTS- RESOLVED by Court referral jail alternative to the Ohlhoff House in San Francisco. In addition, our law firm successfully negotiated the court ordered restitution from over $350,000 to just $2,000

<strong>Don’t bargain with your freedom! The right attorney makes all the difference between your freedom and incarceration!</strong>