What are the factors or elements for 11357 H&S Possession of Marijuana (Personal Use)?

In order for the prosecutor to convict you of HS 11357 California’s “personal possession of marijuana” law, he/she must prove the following:

The penalties for Health & Safety Code 11357 vary, depending on the exact circumstances of your offense.

Possessing less than one ounce of marijuana

As of January 1, 2011, possessing no more than one ounce or 28.5 grams of marijuana…other than concentrated cannabis…is an infraction, punishable by a maximum fine of $100. This law is stated in Health & Safety Code 11357 (b).

However, if you are over 18 and possess less than one ounce of marijuana (other than concentrated cannabis) on school grounds while the school is open for classes or school-related activities, you face a misdemeanor punishable by up to ten days in a county jail and a maximum $500 fine.

And if you are under 18 and are convicted under these same circumstances, you face a maximum fine of $250 for a first offense.  A second offense is punishable by up to $500 and a maximum ten-day commitment to a juvenile detention facility.

More than one ounce of marijuana

Possession of concentrated cannabis is a misdemeanor that subjects you to a maximum $500 fine and up to one year in a county jail.

However, you will face felony penalties (including sixteen (16) months, two (2) years or three (3) years in prison) for possession of concentrated cannabis if you have any of the following convictions on your record:

Prior to the passage of the voter initiative Proposition 47 in November 2014, possession of concentrated cannabis was a wobbler (meaning it could be charged as a misdemeanor OR a felony) for all defendants. If you were convicted of this offense before the passage of Prop 47 and received a felony sentence, you may petition the court to reduce your sentence to a misdemeanor.

If you are under 21 but over 13…and are convicted of any of the offenses outlined above…your driver’s license or privilege to obtain a driver’s license will be suspended for one year.  This penalty will be imposed for each conviction under this law or any other drug-related law.

If, however, you are not convicted of any further drug or alcohol-related offenses within a 12-month period following your initial conviction, the court has the discretion to override the suspension. 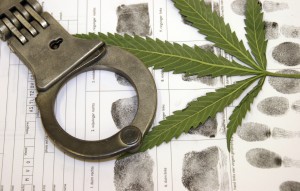 Health and Safety Code 11357 HS California’s law against personally possessing marijuana is an offense that qualifies for California drug diversion.

“Drug diversion” refers to alternative sentencing programs that allow eligible defendants who are charged with nonviolent personal possession drug offenses to participate in drug rehabilitation.  Those who successfully complete rehab typically have their drug charge(s) dismissed.

And because an individual who participates in drug diversion is usually permitted to do so in lieu of incarceration, a personal possession charge is often a charge worth fighting for. 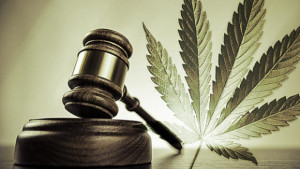 How can we defend you against charges of California Penal Code 11357 H&S Possession of Marijuana (Personal Use)?

If you are authorized to possess “medical marijuana”, that is probably your strongest defense.

Health and Safety Code 11362.5 California’s Compassionate Use Act authorizes the use of medical marijuana. If you possess marijuana…which may include concentrated cannabis…because

If you don’t qualify for a medical marijuana defense, do not despair.  There are still a variety of defenses that apply to Health & Safety Code 11357 HS.  Examples of some of the most common include (but are not limited to):

You didn’t possess the marijuana

If you didn’t possess marijuana, you aren’t guilty of this crime.  This might be the case if, for example, the police mistook someone else’s pot for your own.  Clearly, this defense works best when you are not in physical control of the drug.  But even then, you could still potentially claim

You didn’t know you possessed the marijuana

Similar to above, even if you did physically possess a joint…but were not aware you were doing so…you haven’t violated the law.  Possession of marijuana is not enough by itself to sustain a conviction.  If the prosecutor can’t additionally prove that you knew you possessed the drug, then you are entitled to an acquittal.

Referring back to an earlier example, if a friend leaves his pot in your car without your knowledge, you are not guilty of this offense.

The marijuana was discovered during an illegal search and seizure