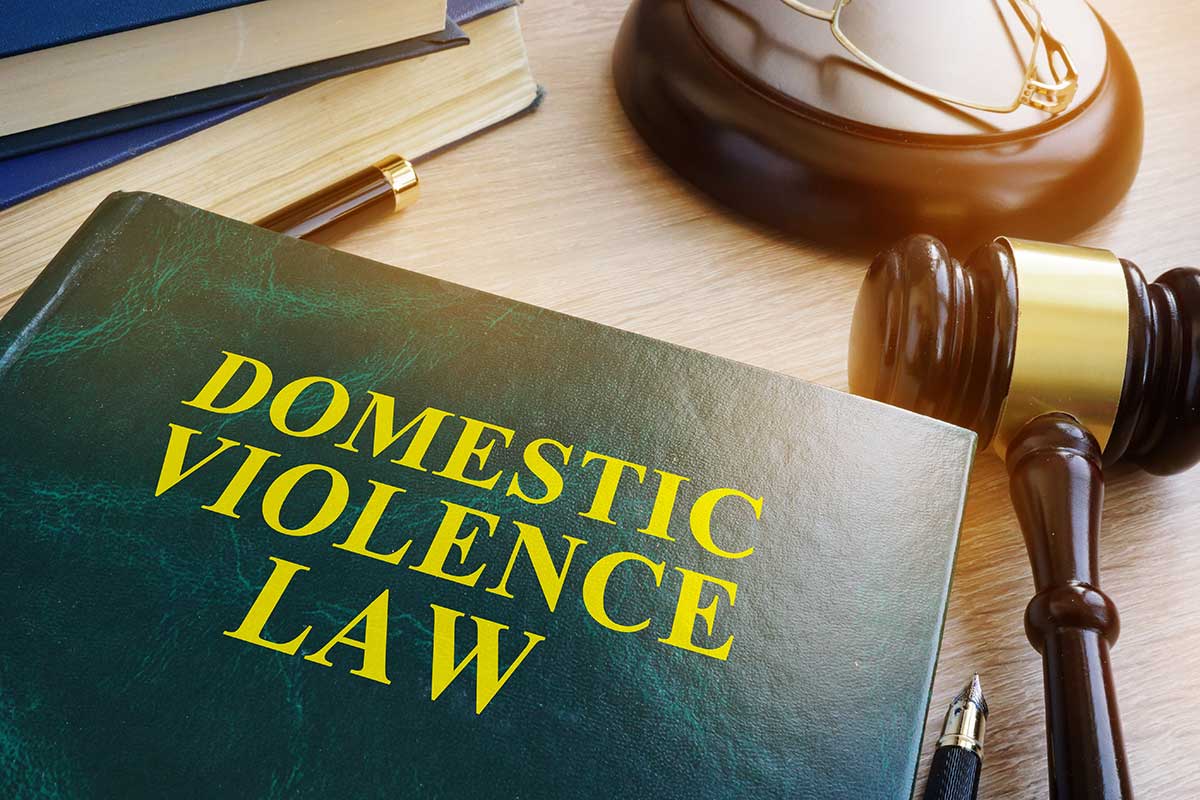 By admin December 3, 2020 Uncategorized
No Comments

There is no doubt that the 9 month long and still continuing Pandemic with its lockdowns, curfews and restrictions has caused many to become isolated, depressed and stressed. Spouses who have lost their jobs due to the economic downturn due to the Pandemic are stuck at home often with children who are in close quarters struggling with all the stressors associated with distant learning.

These factors and many others have been acknowledged by law enforcement and the Sonoma County District Attorney’s office as the major cause for  the sharp rise in domestic violence arrests, family disturbance calls and even a rise in alcohol related crimes that go hand in hand with the Pandemic.

THE STAGES OF A DOMESTIC VIOLENCE PROSECUTION

Most domestic violence investigations begin when a party, including the alleged victim calls 911 for assistance. The 911 call is also commonly made by a neighbor, friend, family member, or even a passerby. But the 911 call is often initiated by one of the two parties engaged in the altercation.

When the police officers arrive to the scene of a disturbance, they typically start their investigation by interviewing the people involved in the conflict and any witnesses. They are supposed to separate the parties to the extent they can conduct a fair and impartial investigation.

Law enforcement’s role is to determine which person is the aggressor and which of the two suspects violated the letter of the law. They will look for and photograph any injuries, both defensive and otherwise.  The police need to determine if the incident qualifies as domestic violence verses a domestic disturbance or was it simply a loud argument. Upon making this decision, the police will make a determination regarding who should be arrested and charged with domestic violence offenses.

The process described above is what should occur. However, in reality, domestic violence arrests are not so impartially conducted.  Police officers enter an investigation with pre-conceptions and their own biases that somebody is at fault and that somebody needs to be punished – even though what happened was just the opposite.

Cops can easily make erroneous assumptions about how the incident occurred and who is responsible. These assumptions are problematic because they prevent the police officers from conducting a detailed, unbiased, and complete investigation.

Rather, they could record their conclusions into the police report. A trained domestic violence attorney can meticulously review and critique the investigation to look for holes in the evidence and missing pieces. Nobody should get punished for something they did not do.

The domestic violence attorneys from Fiumara & Milligan Law carefully examines and compares all the body-worn camera footage from all of police officers who arrived and investigated the scene. 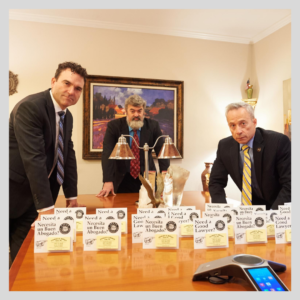 All interviews and statements recorded or written are strictly scrutinized. Any discrepancies or omissions are brought to the district attorney’s and the court’s attention.

We will also compare the police report with witness statements to identify any inconsistencies or holes in the record. We can use these incongruities to garner a better result for your case.

After the police officers make a decision regarding the identity of the aggressor, they will arrest that individual and take them into custody. With COVID-19 only Felony domestic violence cases are posting bail.

A shoddy and deficient police investigation could lead to the wrong determination that the victim is unjustly labeled as the aggressor and arrested.

After making a determination about who is the true aggressor, the police will record their findings in the police report and also make a recommendation to the prosecutor whether a felony or a misdemeanor should be charged.

This decision is made on the particular facts of the case and how injured alleged victims appeared at the scene. However, the decision could have been biased based on many different factors related to the sex, sexual orientation, ethnicity or other “invisible” factors by police officers in the field.

The period after the arrest and before formal charges are filed is called the “pre-filing stage.”

During the pre-filing stage, the police officers finish their investigations, interview witnesses, and complete the recording of their determinations in the police report. Afterwards, everything is turned over to the particular agency in charge of prosecuting your case.

Our domestic violence defense attorneys always ask for any supplementary reports which can be favorable to our clients.

Typically, there is a gap of time between the arrest and when the police turn in the report to the prosecutor. In this time, it is very important that your domestic violence attorney conduct his or her own investigation. This is because you cannot rely on the police’s version of the events and you also want to establish an accurate account of what happened.

Contingent on what your domestic violence attorney finds during their investigation, they might be able to dissuade the prosecutor from charging you with formal charges.

Prosecutors tend to rely upon police officer accounts, but not always. Regardless, the defense-led investigation is critical in setting the trajectory for your case. Without an independent exploration of the facts, you will be at mercy of the facts established by the police and furthered by the prosecutor.

An “arraignment” is the legal term given for the first time you make a court appearance after charges have been formally filed against you.

At the arraignment, the judge informs you of your constitutional rights. This is the first time you and your attorney are given a copy of the police report and the complaint (which is the formal document listing the charges against you, and you are required to enter a plea of either guilty or not guilty.

Your attorney may decide it is strategically best for you to delay your plea until a subsequent hearing date if your attorney and the district attorney need more time to hopefully work out a fair settlement/ resolution of your case or if investigation continues.

You would only enter a plea of guilty if your domestic violence attorney and the prosecutor have negotiated a plea agreement that is fair for you. And then, only if you fully understand the consequences of the plea agreement and you also agree to the terms and conditions. After you enter your plea, the judge adjudicates whether you should be allowed to post bail.

This decision is made based on the specific circumstances of the severity of the crime that you are accused of committing. For example, if the alleged victim was seriously injured this will affect the bail decision. It is also based on your past criminal history.

The setting of bail has become much more complicated in California after the failure to pass Proposition 25 so ask one of our criminal defense attorneys what are your options.

Some counties have implemented an Early Case Resolution (ECR) step to help expeditiously resolve criminal cases under certain circumstances with reduced sentences, but defense counsel has rightfully been skeptical of “quick” justice which may not translate into Equal or True justice. 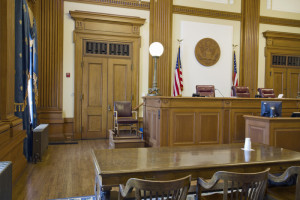 The pretrial conference state can constitute a series of hearings that occur before the actual trial. It is during this time that your domestic violence attorney can negotiate formally with the city or district attorney about the charges filed against you.

Even at this point, your domestic violence attorney can advocate on your behalf to remove any provisions in the criminal protective order that may prevent you from seeing the alleged victim, your children or other members of your family.

At this stage in the domestic violence proceedings, it is important that your attorney continues to build a strong defense on your behalf. By presenting convincing and compelling evidence and arguments on your behalf, either in negotiations with the prosecutor or in open court, the better chance you will achieve a favorable result in your case.

If your domestic violence attorney and the prosecutor can reach a settlement, and you agree to the terms and conditions of that settlement, then the proceedings will end at the pre-trial stage. If no agreement is reached, the case will move to trial. In general, over 95 percent of criminal cases are concluded through a plea bargain and prior to trial.

After a trial date is set by the judge, your domestic violence attorney will present motions to the court arguing for or against the admission of certain evidence at trial. A motion is a formal way of presenting a legal demand to the judge.

On the other hand, your domestic violence attorney may try to get the alleged victim’s history of making false emergency calls entered as admissible evidence during trial.

This is the point of the proceedings where the prosecutor and your domestic violence attorney present their respective cases to a jury. The arguments that can be presented depend highly on the pretrial motions, which may request evidence to be included or excluded.

A jury consists of a group of your “peers.” Remember, the prosecutor is required to prove their case beyond a reasonable doubt. If they are unable to do that, your case will be dismissed. Our criminal defense attorneys know how to use voire dire to exclude biased jurors from even hearing your case. Jury selection is key to a good defense and winning at trial.

If the jury finds you guilty, then you will be convicted and proceed to a sentencing phase of the trial. Your attorney can present arguments to the judge or negotiate with the prosecutor to reduce the harshness of the sentence.

Depending on the facts of each case, you could be sentenced with anything between probation to prison time.  The last three domestic violence cases that our law firm took to trial resulted in acquittals for our clients.

The decision you make in hiring a domestic violence criminal defense attorney is the most important that you can make. This decision can make the difference between a guilty plea, a guilty verdict or an acquittal.  It is your choice and we are available 24/7 when you are ready to decide.

If you are facing accusations of domestic violence, you should call the Domestic Violence Attorneys at Fiumara & Milligan Law immediately at 707-571-8600.

“The Right Attorney Can Make all the Difference.”

A Great Pandemic Result—Turning COVID-19 into a WIN

A Great Pandemic Result—Turning COVID-19 into a WIN